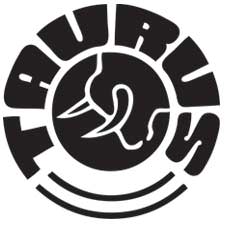 Miami, FL –-(Ammoland.com)- Taurus, a worldwide leader in firearms manufacturing, congratulates pro-shooter and world champion Jessie Duff on her recent wins in the Ladies division of the 2013 Bianchi Cup, the most time honored and prestigious pistol championship in the world.

With an official score of 1893-142X, Jessie was crowned the 2013 Ladies Nation Bianchi Cup Champion. This year’s event was not without a few trials and tribulations for the Taurus Team Captain. Over the three-day event, Jessie found herself digging deep into her years of competitive experience.

“When I started training for Bianchi this year, I was shooting really strong scores, and felt very confident going into the match,” reflects Jessie. “But, one thing that is never present in practice is the intense match pressure, along with the nerves that come with it. Being able to control them is half the battle! Going into day two, knowing I’m tied with a fellow competitor, adds a little pressure. I felt confident in my ability and the events I had to shoot for the day. Unfortunately, the plate event left me 10 points behind Tiffany Piper, going into the last day with the mover left to shoot.”

The mover is the hardest event at the match, and one that can make or break any competitor. Preparing to shoot while being behind, Jessie had to rely on her mental game and not let it get the best of her.

In the end, Jessie finished strong, having fought for the title against some of the best female competitors, to capture this year’s Ladies Bianchi Cup title. And if that was not enough to put a smile on her face, Jessie was also able to finish up the weekend by capturing the title of Ladies Colt Speed Shoot-off with her Taurus single stack 1911.

“After hearing from Jessie on her win at this year’s Bianchi Cup, I could not help but respect her commitment, not only towards the Taurus family, but to the overall shooting sports,” comments Mark Kresser, CEO and President of Taurus, “through her actions on the range, as well as in the field, Jessie truly exemplifies the pinnacle of professional shooters. With this, Taurus is blessed and honored to have her as part of our family.”

About Jessie Duff:
Jessie Duff has taken her shooting career of a beginner, all the way to a top ranked professional, earning multiple World and National Champion shooting titles, in five different shooting disciplines. Among these are the prestigious Bianchi Cup and the World Speed Shooting Championships. Jessie has also ranked in numerous regional and state champion matches as well. Outside of shooting, Jessie is a TV personality on the hit series Friends of NRA, on the Outdoor Channel. Reaching this level of shooting performance in her career, defines a well-disciplined competitor and role model for the Taurus Shooting Team.

About Taurus:
Taurus International Manufacturing, Inc. is proud to be the U.S. importer of all Taurus brand firearms manufactured in Brazil and to be the manufacturer of the model PT-22, PT-25 and PT-738 pistols made here in the US. Taurus International services all Taurus brand firearms under the LIFETIME REPAIR POLICY™ as well. For additional information about Taurus, visit www.taurususa.com.