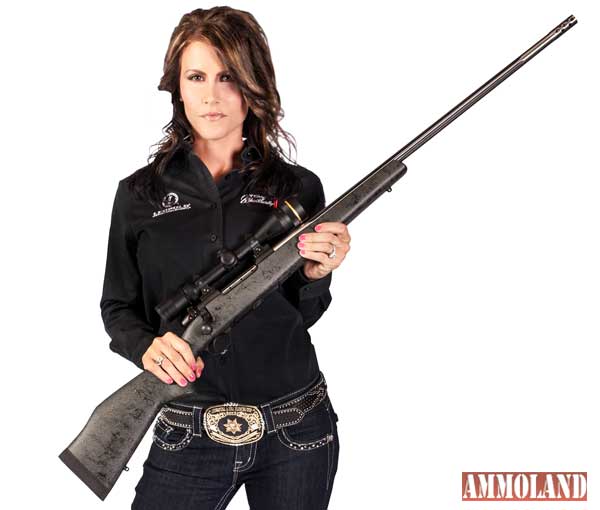 Since 2001, Duff has won more championship titles in state, regional, national and world competitions than any other competitive female shooter. An avid hunter and outdoorswoman, she has taken trophy whitetails, elk and hogs. Duff co-hosts the popular television series, “Friends of NRA,” on the Outdoor Channel alongside her husband Matt.

“We welcome Jessie Duff to Team Weatherby,” said Mike Schwiebert, director of marketing for Weatherby, Inc. “Like other team members, she excels in her chosen profession and represents it extremely well. Jessie also shares their common bond as hunters and Weatherby fans.”

Duff commented, “For as long as I have been hunting and in the firearms industry, Weatherby has always been such a well respected company, with top-of-the-line products. I am extremely excited to join Team Weatherby and be a part of one of the industry’s best!”

Founded in 1945, Weatherby, Inc.’s line features the new WBY-X products as well as the popular Vanguard Series 2 and legendary Mark V rifles (production and custom), Threat Response shotguns and rifles, semi-auto and pump shotguns, premium ammunition and security/shooting accessories. For more information, visit www.weatherby.com. The company is based in Paso Robles, Calif., and invites all hunters and shooters to visit and join its free online community at www.weatherbynation.com.